Paul Claros is one of the altar boys in the GenSan chapel (Philippines). Two weeks before Christmas, this 14-year-old was admitted to the hospital due to twisted bowel: a portion of his small intestine twisted around a portion of his large intestine and obstructed the tract. He had an operation.

Two days before Christmas, he was healthy enough to go home, but his family could not pay the bill, which amounted to P85,000 ($1,800). The most that the mission could give for his hospitalization was P6,120.  His father was a janitor whose weekly income was around $31, which could support only the most basic survival needs of the family (food, shelter, clothing, public education).

One message was sent out; and, within two days, generous donors exceeded Paul's financial needs. The additional donations were given to poor families in need of nourishing Christmas dinners. 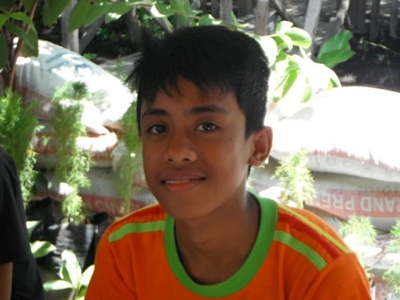 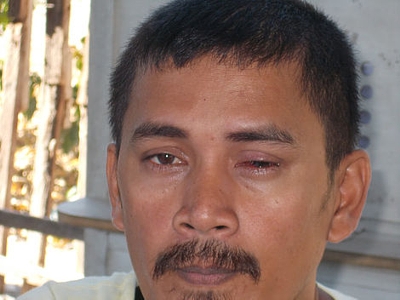 Jose Torlao was a construction worker with 3 children.  He was doing well in supporting his family in a simple lifestyle until he had an accident and a fragment of metal lodged in his eye.  He broke his bank to pay for a laser treatment to save his eyesight, but it was not enough to pay for the subsequent surgeries needed to remove the metal and the fluid that had accumulated in his eye. Having depleted his savings and being unable to work, he wondered how he would be able to continue treatment.  He tried his best to ask for help from various agencies but to no avail.  When he heard that there was a medical mission, he hastened to join the crowd.  He was seen by eye specialists who proposed two expensive surgeries.  The mission was able to provide for the first surgery, but he would need help to complete the treatment and return to work and support his family. Hearing of his need, a young mother of three had a bake sale and donated all of the proceeds to cover Jose's remaining surgery. 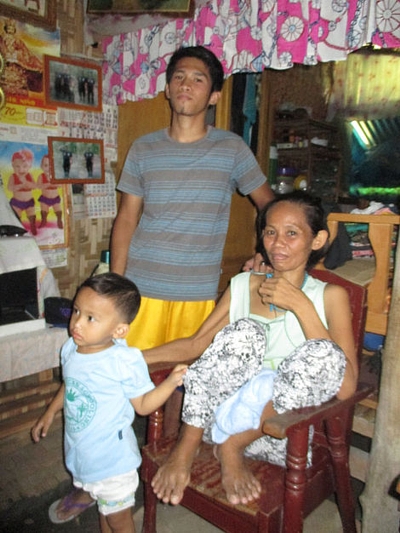 Rosemarie Goyha was a stay-at-home mother who was satisfied with her modest lifestyle and spent her time and energy managing the home and taking care of her children and live-in partner.  Yet, when she developed a debilitating lung infection, her partner deserted her and the children, leaving them helpless. Her eldest son, who had recently graduated from a criminology course in college, was unable to look for employment because of the demands of caring for his mother and siblings.  Rosemarie spent over a month and a half in the hospital where fluid was removed from her lungs, courtesy of Rosa Mystica's financial support.  A few days after being discharged though, fluid again accumulated in her lungs.  Her son, wanting to be brave and self-sufficient, was able to beg around for the money to cover another hospitalization.  After returning home, the situation again worsened so that Rosemarie was gasping for breath.  Unable to pay for the hospitalization and needing advice on the medical decision, her son again turned to the mission.

Four Missions was only able to raise $250 of the $1,700 that Rosemarie needed, but here was the reply from the mission staff.  "Hello to you too!!!!  I was very worried that Rosemarie's bill would exceed my estimate but God really works in wonderfully mysterious ways.  Rosemarie's bill was over 100 thousand pesos but after deductions from the health insurance and negotiations with the provincial and municipal government and the social workers, we paid only P17, 180.69!  The money you sent is exactly enough to cover Rosemarie's hospital expenses.  It's so amazing that you sent the right amount!!!"